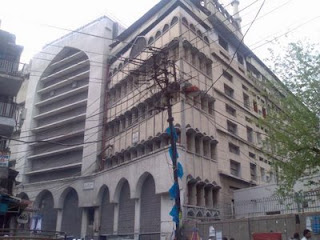 Following the fundamentals of Sunni Islam, TJ claims no beliefs exclusive to them. Although, TJ itself is deeply imbued in ethos that permeate the Deobandi sub-school of the Hanafi Islam, the scope of their activities is not limited to the Deobandi community. Every member is allowed to follow his own fiqh as long as it does not deviate from Sunni Islam.
Tablighi Jamaat defines its objective with reference to the concept of Da'wa which literally means 'to call' connotes to an invitation to act. In religious context, it implies to a call towards prayer which may also refer to a 'mission' if used in reference with religious prophets and other people who were assigned such mission. TJ interprets Da'wa as 'enjoining good and forbiddin evil' and defines its objective within the framework of two particular Quranic verses which refer to this mission. Those two verses are:

"And who speaks better than he who calls to Allah while he himself does good, and says: I am surely of those who submit?" [Qur'an 41:33]

"Let there arise out of you a band of people inviting to all that is good, enjoining what is right, and forbidding what is wrong. They are the ones to attain felicity."[Qur'an 3:104]

The only objective of TJ, overtly stated in most sermons, is that Muslims adopt and invite for the Islamic lifestyle, exemplified by Islamic prophet Muhammad, in its perfection. They encourage Muslims to spend time out of their daily routine in the tablighi activities so that the rest of routine could be harmonized with Islamic lifestyle. They insist that the best way of learning is teaching and encouraging others.

Muhammad Ilyas devoted to what he described as “the mission of the prophets”. The method adopted by him was simple. It was to organize units (called jamaats, Arabic: جماعتِ ‎ meaning Assembly) of at least ten persons and send them to various villages. This unit jamaat, would visit a village, invite the local Muslims to assemble in the mosque and present their message in the form of Six Principles. Muhammad Ilyas articulated six demands in the form of Six Principles which are quintessential to TJ's teachings. These six principles are:

Popular posts from this blog

Tableeghi Jamaat: On the scale of Qur'aan & Sunnah!

May 11, 2020
At the outset, it must be clarified that we are neither part of Tableeghi Jamaat nor have completed their recommendation of going out for 4 months in the path of Allah (SWT). Our only intention is to present the issue of “Tableeghi Jamaat” and their methodology in a manner which is understandable to people because in the Western world there are too many Muslims who have neither gone forth in the path of Allah (SWT) nor have ever bothered to seek clarifications firsthand about their principles and practice, rather their perception is based on googling or watching certain youtube videos about this group. During the process of research for this article, we read a number of sites which “claim” to have performed rigorous research but to be frank it was evident within reading a few paragraphs that they have neither studied the subject nor have ever consulted the Scholars and the experienced members of this movement. First and foremost there is no such thing as “Tableeghi Jamaat” since th
Read more

August 03, 2011
Biography of Maulana Muhammad Ilyas; First Ameer of Tableeghi Jamaat (RA) Early Days On the outskirts of Delhi, near the tomb of Khwaja Nizamuddin, there lived, some seventy years ago, a godly person in the house on top of the red gate of the historical building called Chaunsath Khamba. His name was Maulana Mohammad Ismail. Maulana Mohammad Ismail The. ancestral home of Maulana Mohammad Ismail was in Jhanjhana in the district of Muzaffarnagar. But when, after the death of his (Ismail) first wife, he married again in the family of Mufti Ilahi Bakhsh Kandhlawi, who belonged to the same ancestry as him, he visited Kandhla frequently and it became a second home to him. The family of Siddiqui Sheikhs of Jhanjhana and Kandhla had been known, for generations, for piety and learning, and was held in high esteem in the neighborhood. The lines of descent of Maulana Mohammad Ismail and Mufti Ilahi Bakhsh Become one, six generations upwards. with Molvi Mohammad Sharif. The li
Read more